Review of Back to the Future Trilogy

Even though it's an old movie and hope you have heard a lot about this movie I just want to share my review about this movie or my opinion about this movie. After writing two avant grade reviews I though why not move back to some commercial entertainment. And what better than this 1985 sci-fi, that is as timeless as mind blowing is the concept of time travel itself. Perhaps the best and most fun filled movie about time traveling. You will love the characters in this movie. The story is about Marty Mcfly (Michael J Fox, cool), a teenager and Dr. Brown (Christopher Llod, superb), a mad scientist who invents a time traveling car. In the first episode they go 30 years back when Marty was not born, Doc Brown was still struggling with his hilarious experiments and his parents had not yet met! Things go horribly wrong when Marty tries to save his father from an accident.
Posted by PayBlogger at 8:09 PM No comments: 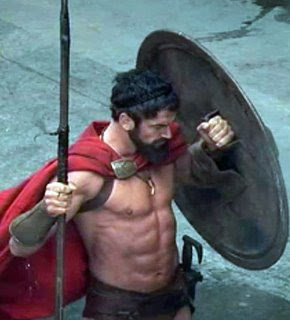 Must say I was quite curious about the movie. Considering that it’s the current US Box office winner and also the look and feel of the film seemed very inviting. A couple of reviews from friends only added to that excitement.

However, sadly, the film just fell short of expectations. Agreed, the "look n feel" is great. The picturized is novel. However, somewhere I got the feeling; it was a mixture of films like LOTR, Gladiator et al. The way the characters spoke came straight out of these two movies.

The dialogue is often forced and gets repetitive. Baring the graphic novel style presentation, there is nothing novel in either concept or execution.

A let down, for sure! Wonder what the hype all about is!

Posted by PayBlogger at 1:18 AM No comments:


David Lynch, another filmmaker i have appreciated over the years. He simply unconventional and the kind you have to develop the taste for. Everything that he makes has that eerie feel to it, the camera work, the narrative, the score. This is one of the less full-scale movie created by David Lynch. A woman, seemingly well to do, is about to be murdered on Mulholland Dr. in her car, when a group of drunk kids bang into the car creating a completing wreck, with very less chances of survivors. The woman survives with an injury on the head. But she has gotten temporary amnesia. Not knowing what to do she breaks into and stays in an empty apartment. Then walks in an aspiring actor into the apartment, which turns into not only a friend but a companion into the wild journey they go through to find out who she is and what went wrong at marshland Dr. This movie is 2.5 hours long but seemingly small for it is well paced and well handled. You may figure out the suspense halfway but it is the narrative and spooky think that keeps you back to finish the movie. Another one great, which unfortunately got popular for the lesbian scene involved rather than the story which only classes, could make head or tail of and a style of presentation that is not in the good books of the entertainment oriented masses.

Posted by PayBlogger at 10:42 AM No comments:

The Departed my review

I do not even know where to start! I will just come out and say it, this is one of Scorsese's best films and it's really right up there next to GOOD FELLAS. This was a masterpiece of film making! The acting, the characters, the settings, the plot twists, the violence and the story, everything just melted together perfectly. There are so many characters, each with an amazing side story to tell and in the end, it all comes together. DiCaprio plays Billy Costigan, the undercover cop trying to infiltrate the Irish Mob. This kid just keeps getting better and better with each new film. His character's determination to stay undercover is the only reason he can conceal his fear and survive in the barbaric underworld that he is living in. You really get a sense of the fragile emotional state he is experiencing, while on the surface you see him as a ruthless thug. Great stuff!! Matt Damon plays Colin Sullivan, the other cop who is an informant for the mob. Damon definitely brought his “A” game! It's amazing to see the dichotomy between these two main characters and how they deal with the exact same stress but with completely opposite issues. Jack Nicholson plays Irish gang leader Frank Costello. One word…WOW! I really dig seeing Nicholson not being Nicholson, he totally owned this character with his ruthlessness and charismatic demeanor. I can go on about each of the other supporting characters, but there are just too many to talk about and they all bring something to the table.

Posted by PayBlogger at 6:11 PM No comments:

Even though it's an old movie and hope you have heard a lot about this movie I just want to share my review about this movie or my opinion about this movie. A group of marooned space travelers struggle for survival on a seemingly lifeless sun-scorched world. The name of Vin Diesel attached to it may give the perception that it is a commercial gimmick, but when you watch it you realize that this will never work commercially for its weird concept presented in a weirder manner and that makes it like able.

Posted by PayBlogger at 10:13 AM No comments: 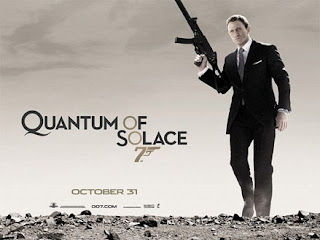 A grim faced 007 is on the warpath in the latest James Bond movie Quantum of Solace, the sequel to the box office hit Casino Royale staring Daniel Craig as fictional spy. Bond shows no mercy as he crosses Europe and South America to discover why the women he loved betrayed him before she died. He battles evil eco-terrorist Dominic Greene who wants to install an exiled general in what is supposed to be Bolivia in exchange for land with natural resources, in a complex web of diplomacy and deceit.
Posted by PayBlogger at 8:29 PM No comments:

Nayakan is my all time favorite movie. I like it because of the characters are portrayed in it. The transition of kamal hassan's character is something I got inspired from. I liked the screen play and the way the story unfolded. The film really inspired me to help others. Illaiyaraja's music is another reason I like that movie.
Posted by PayBlogger at 8:00 PM No comments: