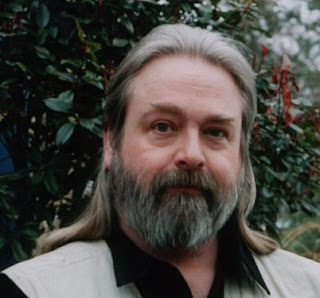 Anyone else read this particular author? His books aren't flashy or epic but they've all been particular favorites of mine. His characters are almost universally good, rational people who mean well, most of his conflicts arise due to accidents rather that Rampaging Evil, things generally work out reasonably well, and all in all his books are just solid, pleasant little books. They do not have the scale and sweep of Jordan or Martin, and they aren't as evocative as Gaiman or Mieville, but his characters are likeable, his plots solid, and his books fun little reads.

Just as one example, I just finished a book of his titled "Ithanalin's Restoration." The plot was not epic; a wizard's animation spell goes wrong, spreading his consciousness out into various items of furniture which run away and his apprentice has to recapture them all in order to restore him to life. It basically reads as a "slice of life" story line, in a fantasy setting -- the sort of event that might makes the local news in a fantasy world, but would normally happen in the "background" of other, larger-scale tales (indeed, this book is actually set concurrently with another book in the same setting, and happens in the background of that more epic story line).

Anyway, he is written several books but I have not really found anyone else who reads him; usually I find them in the dustier sections of used bookstores, and that makes me sad 'cause he is a better author than that. I think it may just be that as his stories are less flashy he doesn't get the same degree of attention other authors do.

Posted by PayBlogger at 9:49 AM